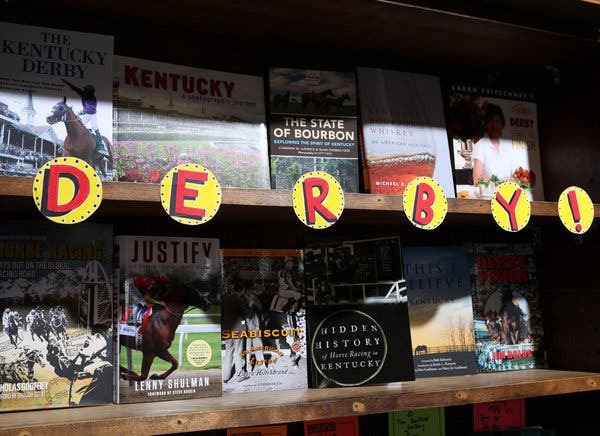 LOUISVILLE, Ky. — To outsiders, Kentucky’s largest city may be best known for its active bourbon distilleries, a baseball bat factory, famous fried chicken and a certain horse race run the first Saturday in May, but just ask someone there where to buy a book. “Carmichael’s,” said one longtime resident, “is a Louisville institution.”

The year 2019 has already been a big one for Carmichael’s Bookstore. The city’s oldest independent bookseller just celebrated its 41st birthday in April. But in January, Carol Besse and Michael Boggs, the couple who founded the store in 1978, officially passed on ownership to the next generation: their daughter, Miranda Blankenship, and niece, Kelly Estep.

Carmichael’s Bookstore at 1295 Bardstown Road is located in a neighborhood filled with shops and restaurants.CreditJessica Ebelhar for The New York Times 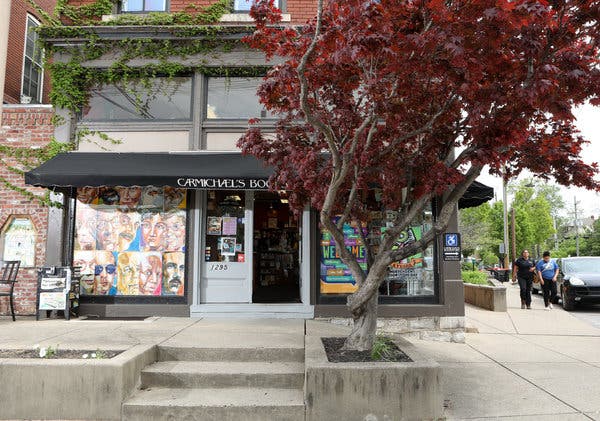 The Carmichael’s stores are packed with books, as well as gift items and information about local literary events.CreditJessica Ebelhar for The New York Times 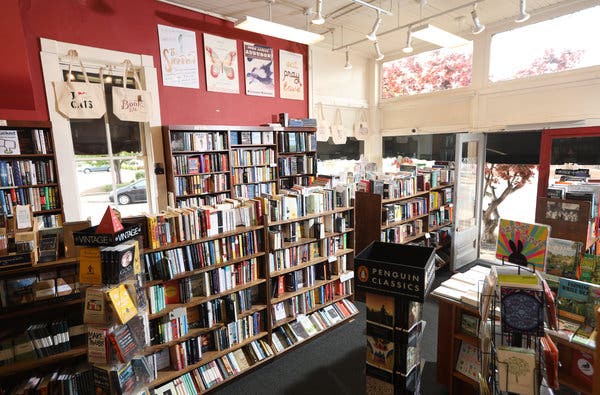 Both Blankenship, 37, and Estep, 44, grew up working in the store. Despite having parents as booksellers, Blankenship didn’t jump right into the family business at first, going off to study in criminal justice in college. “I honestly kind of rebelled away in the early days,” she said, but eventually rejoined the staff after realizing she enjoyed helping people find the right book, whether offering suggested reads or tracking down the right title based on a half-remembered description. “Every day here is different. I realized I didn’t want to sit behind a desk all day,” she said.

Estep’s mother (Besse’s sister) has been a longtime Carmichael’s employee and Estep herself has been working at the store on and off since she was 14, dusting shelves and learning the fundamentals of the retail business at an early age. “Although we are new owners and we’re still fairly young, we have a lot of experience and that’s a good thing,” said Estep.

See why an independent press is vital to democracy

Established in a city that still makes a lot of its own stuff, Carmichael’s Bookstore — now expanded to two locations and a children’s shop — has a reputation for knowledgeable employees, community involvement and strong support of area authors. “I think the ‘buy local’ movement is thriving here in Louisville and I think it’s growing across the country,” said Blankenship.

The cousins and current owners of Carmichael’s Bookstore, from left: Kelly Estep and Miranda Blankenship, next to Carol Besse and Michael Boggs, the founders (and original owners) of the family business.CreditJessica Ebelhar for The New York Times 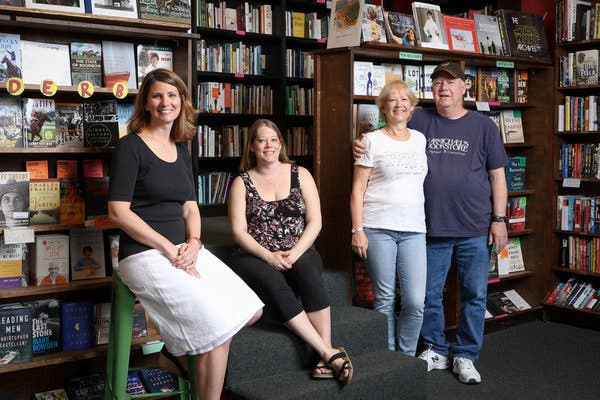 The older Carmichael’s Bookstore at 1295 Bardstown Road recently had a growth spurt as well. Last fall, the store expanded into the space left by an adjacent Heine Brothers’ coffee shop that moved across the street. Even with the additional square footage, the Bardstown Road store is still packed with a wide selection of new books, magazines, greeting cards and literary-themed gift items like T-shirts, tote bags, buttons and fabric Sylvia Plath and Zora Neale Hurston dolls.

The store windows are papered with posters advertising the busy Carmichael’s events calendar, which includes several author appearances and a book club gathering each month — usually held over at the larger store at 2720 Frankfort Avenue. The schedule has also included poetry readings, a watch party for “The Great American Read” series on PBS, a musician’s book-and-album signing at a nearby record store and chats with children’s books illustrators.

“People are craving some of that nondigital world and bookstores are providing that, but we also have to make sure we’re modernizing and keeping up with trends,” said Estep. Carmichael’s Bookstore now programs about 250 events a year in its shops and around town.

Carmichael’s Bookstore has a strong selection of titles on Kentucky history, nature and culture.CreditJessica Ebelhar for The New York Times 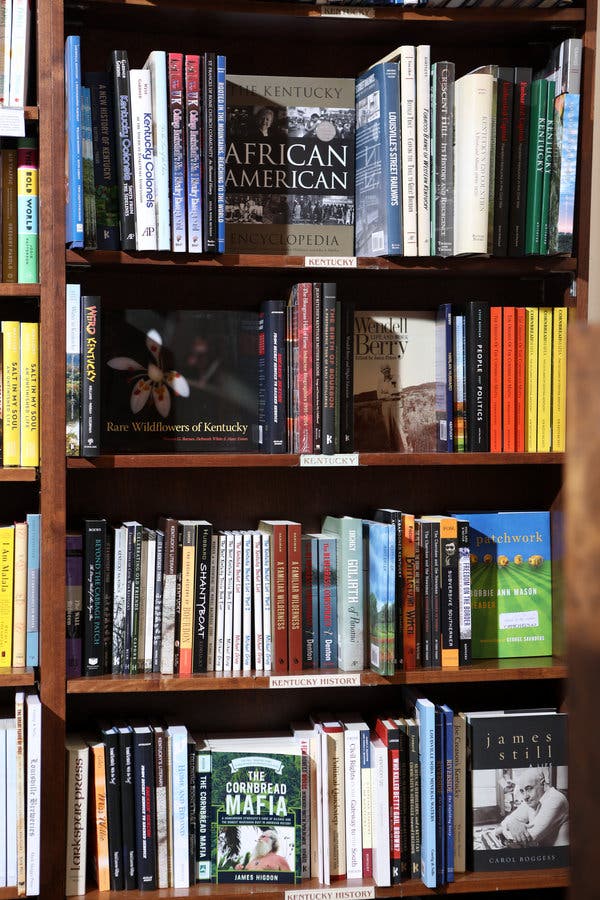 [Want to explore more of the city after you get done book shopping? Check out “36 Hours in Louisville” for some ideas.]

For young readers, Carmichael’s Kids (at 1313 Bardstown Road) has a healthy selection of children’s books, toys and gifts. One of the store’s picture windows, furnished with pillows and a large stuffed Clifford the Big Red Dog, serves as a “book nook” for in-house sampling. “We do two ‘story times’ a week,” said Blankenship, who said the company also coordinates author readings and book fairs at schools.

Located along streets dotted with restaurants and other small businesses, the Carmichael’s stores have a relaxed, neighborhood feel about them that appeals to the serious book browser out for a morning stroll — or the occasional bus full of tourists spilling out to go shopping. “We’ve always been supported by the community,” said Blankenship. “We were one of the founding members of our local independent business alliance.”

Get the Book Review Newsletter

Be the first to see reviews, news and features in The New York Times Book Review.

Taking over a long-established family enterprise gives the new owners a chance to put their own stamp on the stores, but they say they don’t have major plans to change a lot of things. “We appreciate and what has obviously been a successful way of doing business for 40 years,” Estep said, “and we think about how we can bring that forward with us and our generation.”

While the founders have largely retired, they haven’t completely stepped away from the family business, whether it be consulting or something more hands-on. As Blankenship noted, “my dad will pick up shifts if we need coverage.”