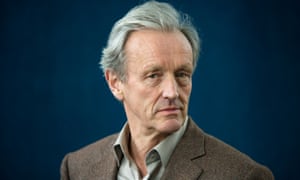 A lifetime of travelling, and detailing the sights, smells and sounds of the experience has led Colin Thubron to write more than 15 travel books, primarily on Central Asia, Russia and China. Now, after five decades as a travel writer and novelist, Thubron, 79, has received the 2019 Edward Stanford Award for Outstanding Contribution to Travel Writing at a ceremony in Mayfair, London.

Thubron’s travel books include his 1967 debut Mirror to Damascus, as well as Among the Russians, In Siberia, Shadow of the Silk Road, and 2011’s To a Mountain in Tibet. He joins Jan Morris, Bill Bryson and Michael Palin in being a recipient of the outstanding contribution award.

“Colin has always written about rarely visited parts of our planet. He writes in a magical way allowing the reader to feel truly immersed in each place he’s visited.”

Stanfords, a specialist bookshop of maps and travel books, which moved to a new London location in January, also announced a number of other awards, including the Stanford Dolman Travel Book of the Year, which went to William Atkins for The Immeasurable World, a book based around desert journeys across five continents over three years.

Adam Weymouth picked up the award for the Lonely Planet Adventure Travel Book of the Year, for his account of a 2,000-mile canoe journey along the largest salmon run in the world in Kings of the Yukon. Read an extract from Weymouth’s award-winning book here.

Regular Guardian Travel contributor Caroline Eden’s evocative Black Sea: Dispatches and Recipes – Through Darkness and Light won Travel Food and Drink Book of the Year and was praised for its mix of meticulous research and beautiful photography as Eden details the culinary cities of Odessa, Trabzon and Istanbul.