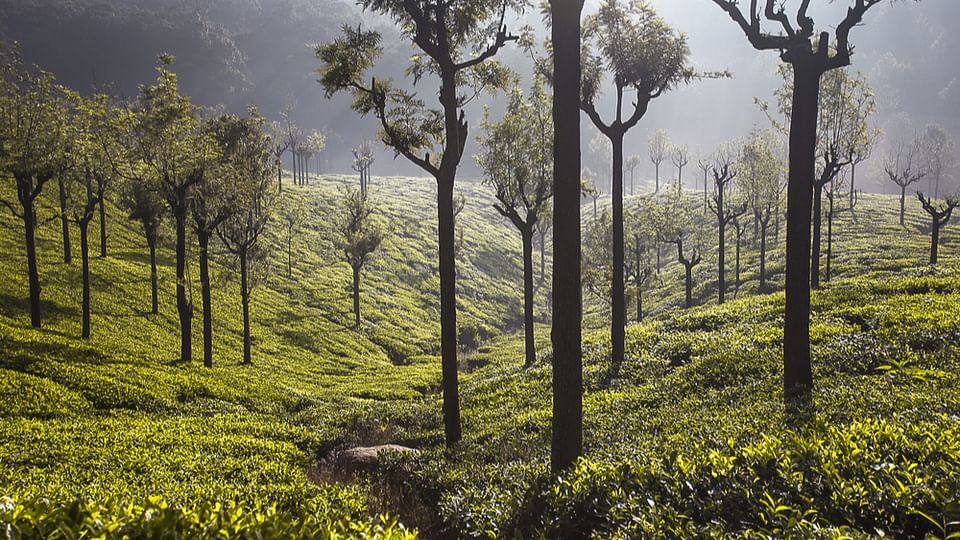 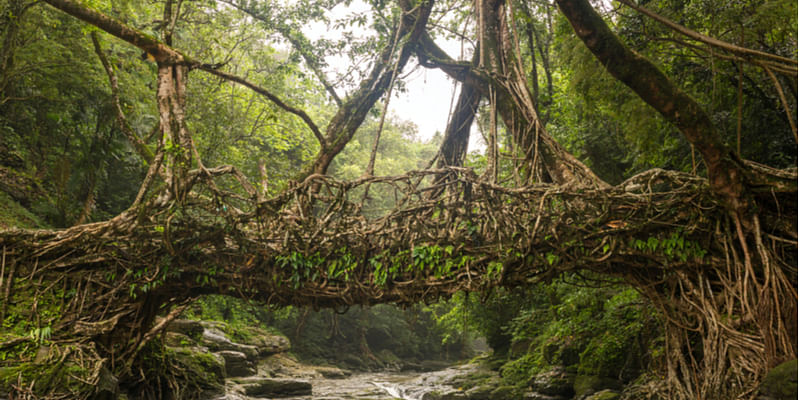 In these super-busy times, travel works like medicine. It slows you down, expands awareness, enhances creativity, provides perspective, and helps connect with others. Most importantly – it underlines a willingness to broaden horizons, move in new directions and bond with yourself better.

If there’s one thing Mandu symbolises, it’s romance. Founded in the 10th century by Raja Bhoj, Mandu’s golden age began when the governor of Malwa, Afghan Dilawar Khan, established it as an independent kingdom. Decades of feuds and invasions later, Baz Bahadur took the throne. Since then, Mandu has been known for the love, legend and lore of poet prince Baz Bahadur and his beautiful consort, Rani Roopmati. The ideal time to visit the fortress retreat is the monsoon.

As the skies open up, this small town – set against the rugged Vindhya hills – comes alive. The rocky plateau and its steeply sloping sides are carpeted with green vegetation. The architecture – exquisite palaces, pavilions or ornamental canals and baths – epitomises grace and beauty.

Don’t miss the 120m-long Jahaz Mahal, the beautiful Hindola Mahal, the elegant Roopmati’s Pavilion, the mammoth Jami Masjid, the elegant Hoshang Shah’s tomb (said to be the inspiration behind the Taj Mahal), and the many majestic darwazas. Mandu, the original city of joy (it was once called Shadiabad) is a celebration of life and love, etched in stone.

This town should have been India’s answer to Forks, the drenched-in-rain small town in Washington state that shot to fame as the setting of Stephenie Meyer’s Twilight series. After all, didn’t we grow up on the factoid that Cherrapunjee received the highest rainfall in the world? The “land of oranges” may be one of your biggest letdowns.

Despite the perennial rainfall (even though nearby Mawsynram currently holds the record for being the wettest place on earth), Cherrapunjee is a far cry from being a lush and rich green town; on the contrary, it’s dry, parched and dehydrated. But not during the monsoon! Then it’s a verdant stretch, as far as the eye can see. The world-famous living bridges are something to marvel at. Over centuries, residents have shaped growing roots of trees into large bridges that can be used for over 500-600 years.

With a coastline of over 7,000km, it’s no surprise that India’s chock-a-block with beach destinations. Located on the banks of the Rukmavati River, Mandvi was established in the late 16th Century and gained importance as an important trading point for Mughal India.

Merchants from here travelled to Zanzibar, trading cotton, rice, salt and pottery, and the Kutchi town continues to be known for its 400-year-old ship building centre. Explore the picturesque Vijay Vilas Palace (now also a heritage hotel), set amid beautifully laid-out gardens. Visit the Wind Farms Beach and Windmills (Asia’s first windmill project set up in 1983). Stop off at the Bandhni Bazaar to pick up some Bandhani (tie-dye) saris and taste a dabeli (said to have been created here).

Nestled in the Nilgiri Mountains, this pretty town is surrounded by undulating mountains, and plentiful tea and coffee plantations. Head here for a holiday that’s not action-driven. Located at an altitude of 1,850m above sea level, Coonoor is the ideal place to chill. What else could you possibly do in a town where the main attraction is Sim’s Park, a small botanical garden that hosts an annual fruit show every summer?

Once you’re done with that, the only other option is to walk, jog or trek. And do it all over again. Head for Lamb’s Rock (overlooking Coimbatore plains), Lady Canning’s Seat or Dolphin’s Nose (with a superlative view of the Nilgiris), or Law Falls (a majestic waterfall).

At Droog, about 13km away, explore the ruins of a 16th Century fort once used by Tipu Sultan. The many grassy meadows are ideal for trekking, bird watching and picnics. And of course, don’t miss a ride on the heritage train.

The arid land of Rajasthan is set off to perfection by a plethora of colours in Shekhawati. Named for its ruler, Rao Shekha, this region is brimful with towns where havelis display architectural and cultural wealth in an “open art gallery” of sorts. Most buildings here date from 18th century to early 20th century, and the many frescoes, mostly harping on mythological themes, religious scenes and family life, bring alive the warp and weft of everyday life in Rajasthan.

The fine art, tucked away in out-of-the-way houses in tiny towns seems out of place, but not when you realise that Shekhawati’s towns were important trading posts on the caravan routes from Gujarati ports from the 14th century. Apart from exploring the exquisite paintings, try the cuisine – papad mangodi ki subzi and spicy mutton – lal maas or hari mirch ka maas – with piping hot rotis!

It may be synonymous with a huge dose of Vitamin Sea and revelry, but Goa’s not only about sun, sand and fun. Most people flock to Goa during peak season, missing out on a Goa that’s refreshing, romantic and beautiful. The beaches may not be as much fun, but there’s still plenty to do. Visit the wildlife sanctuaries that are open all the year round – try Mollem National Park and Cotigao Wildlife Sanctuary.

Take time out to view the magnificent Dudhsagar Falls, at its beautiful and rain-fed best during the monsoon. Goa also hosts a series of festivals around this time. The most popular, Sao-Joao (the fertility feast of Saint John the Baptist), is celebrated in late June and involves men jumping into overflowing village wells to retrieve bottles of feni.

There are also the feast of Saints Peter and Paul (June end) and the Bonderam flag festival (late August). Don’t miss the wonderful spice plantation in Savoi, after a long and exhilarating drive through dense jungles and hills from Ponda.

Udaipur and Jaipur may be Rajasthan’s tourist magnets, but Jodhpur’s close to muscling them out. Founded by Rao Jodha, the leader of the Rathore clan, in 1459 AD, the busy desert city is suddenly Rajasthan’s most vaunted. In the Sun City, everything pays obeisance to Mehrangarh, the muscular fort that straddles a rocky ridge. Around it, a jumble of old cubical houses – most of them blue – stretch out as far as the eye can see. The old city is a tangle of winding lanes, small squares and little shops that house much more than you can imagine. Mehrangarh is one of India’s best preserved forts, and sets the tone for exploring the rest of the city.

Discover the royal way of life at the grand Umaid Bhavan, which now houses a heritage hotel, a museum and the Maharaja’s royal residence. Nearby, Jaswant Thada, a white marble edifice built in the memory of Maharaja Jaswant Singh II, offers moments of peace and quiet. Plan a village safari – you can enjoy tea with Bishnois, get an eyeful of blackbucks and see how a potter crafts pots. A trip to nearby Salawas, 22 km from Jodhpur, will leave you rich in handcrafted colourful dhurries.

The busy market area in the city seems to be chaotic, till you realise the order in the chaos. Don’t miss the bazaar adjoining the clock tower – it’s said that there’s nothing you won’t be able to get here! Binge on the spicy Mirchi Vada and cool things down with the Mawa Kachorior Makhaniya Lassi.