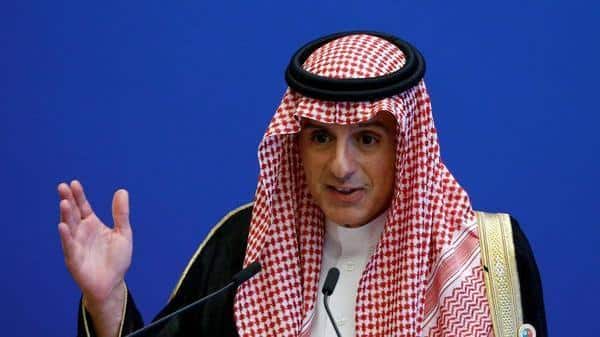 NEW DELHI: Saudi Arabia is looking at making India a regional hub for supply of crude oil and will invest billions of dollars in the country to build storage facilities and strengthen refineries, Saudi Foreign Minister Adel bin Ahmed Al-Jubeir has said.

Saudi Arabia, the world’s biggest oil exporter, will also invest in downstream assets in India besides helping the country boost its infrastructure in the petrochemical sector, Al-Jubeir said.

The foreign minister, who was part of Saudi Crown Prince Mohammed Bin Salman’s delegation here, said his country looked at India as a rising economic power and was very bullish about its potential to grow further.

“We are looking to make India a hub (for crude oil supply) in the region. We are looking to build storage facilities in India, we are looking at refineries and downstream assets in India. “We are investing in infrastructure that will help India boost its ability to import and export of petroleum products,” Al-Jubeir told PTI in an interview last week.

Reflecting growing energy ties, it was announced recently that Saudi Aramco, the world’s top oil exporter, will be part of a joint venture project to set up a refinery in Maharashtra at a cost of USD 44 billion.

It will be the largest greenfield refinery in the world to be implemented in one phase. “We are building the largest refinery complex in the world with India’s participation at a cost of USD 44 billion,” Al-Jubeir said.

“We are looking at India as a rising economic power and as a country of stability and a opportunity. So we want to have best and strongest possible ties with India,” he said.

India is expected to increase import of oil from countries such as Saudi Arabia and the United Arab Emirates if the US does not extend the six-month-long waiver it granted to New Delhi and several other countries to buy oil from Iran.

Saudi Arabia is also a key pillar of India’s energy security, being a source of 17% or more of crude oil and 32% of LPG requirements of India. The energy ties between the two countries are on an upswing in the last few year.