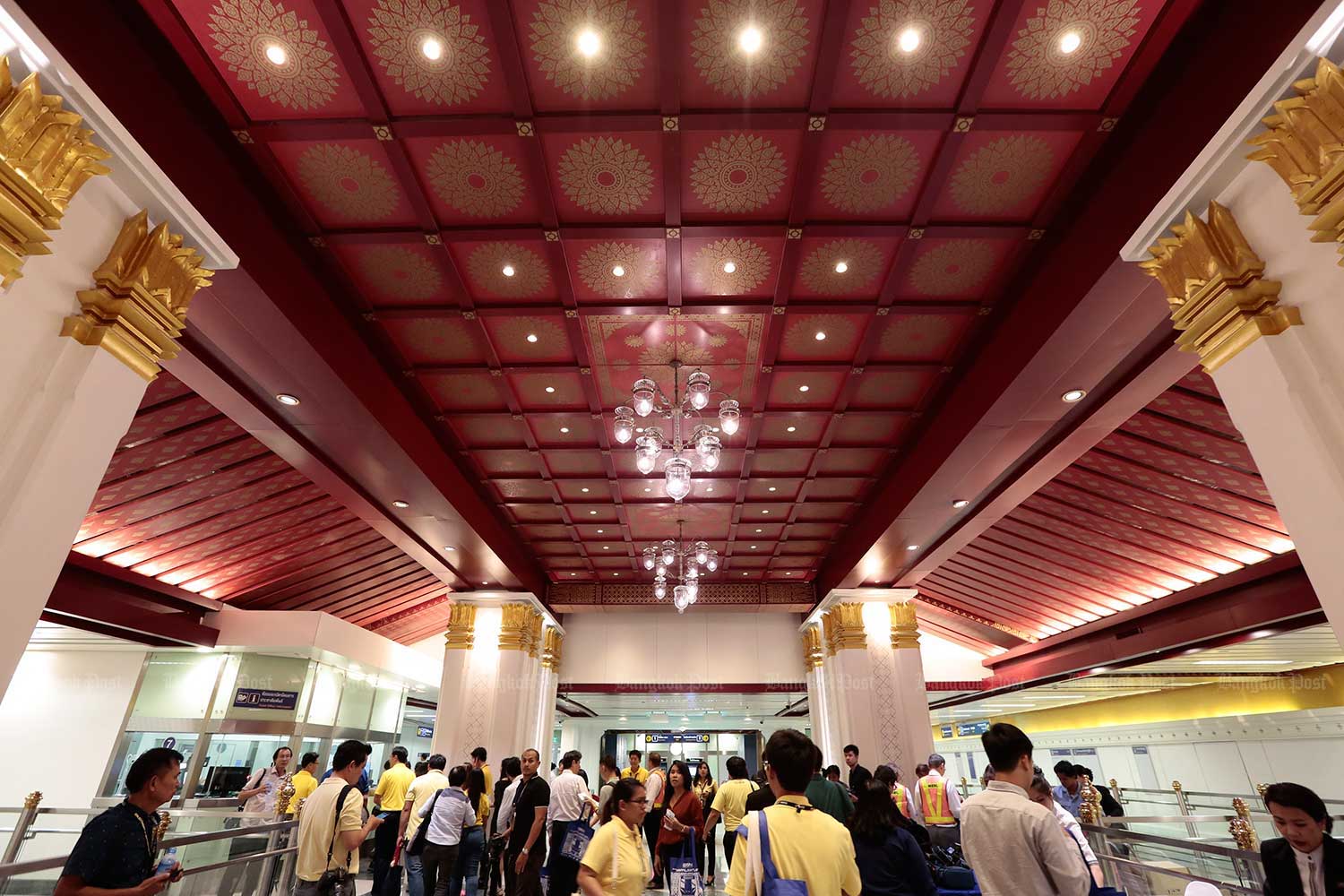 The Blue Line train is offering free travel between the five new stations during a two-month trial run that started on Monday.

Transport Minister Saksiam Chidchob on Monday said commuters can ride free of charge on the section  between Wat Mangkorn and Tha Phra until Sept 28.

The other three stations on the route are Sam Yod, Sanam Chai and Israphab.

Sanam Chai is delicately decorated to be one of the most beautiful subway stations in the country.

The line extension is operated by Bangkok Expressway and Metro Plc under a concession from the Mass Transit Authority of Thailand.

The line will be officially launched on Mother’s Day, Aug 12, running from Hua Lamphong to Tha Phra. The service will be extended to Lak Song station, the last station on the route.