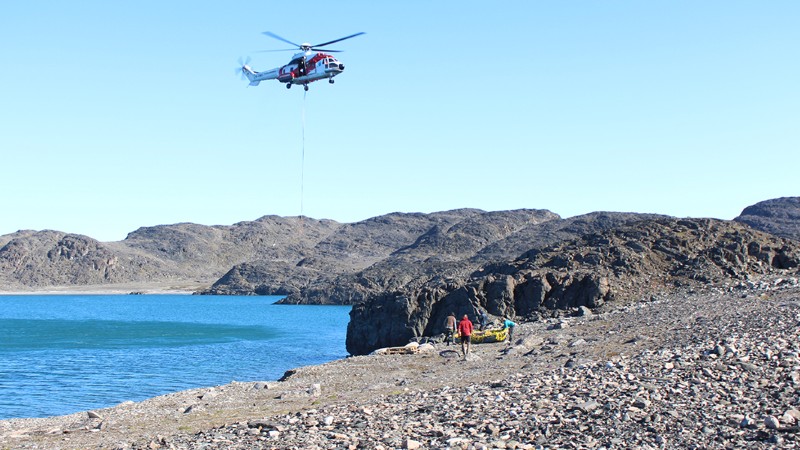 A couple of weeks ago, I was talking to some people about my work, and a friend of a friend called me a hypocrite. How can I, as a PhD student in climate science at UiT The Arctic University of Norway in Tromsø, justify flying, sometimes several times a month? It is true that I travel a lot through work, as do many of my colleagues. Many climate researchers advocate minimizing your carbon footprint1,2 knowing that air travel is an activity that contributes some of the highest emissions on an individual level3 (see also go.nature.com/2wgnrbw).

At the same time, travel is an important part of our profession — we need to visit remote locations for fieldwork and to communicate science at conferences around the world. This double standard could affect our credibility as academics4. Do climate researchers have a responsibility to lead by example and to cut down on travelling?

In my opinion, we do. However, it is not easy to just stop flying. Air travel provides many great opportunities for me as an early-career scientist. Since I started my PhD in February 2018, I have taken 34 flight legs (see ‘Career flights’). This corresponds to more than 70,000 kilometres and about 5.6 tonnes of carbon dioxide (calculated using the International Civil Aviation Organization carbon-emissions calculator), not including helicopter flights to and from my remote field site. These flights were for fieldwork in the Norwegian Arctic archipelago Svalbard; a conference in Stockholm; a two-month stay in Buffalo, New York, for laboratory work; and travel to institutes in Svalbard, Alaska and Colorado for training. Visiting collaborators and Arctic locations other than my own allows me to put my work into a larger context and to network with my peers. In addition, the climate data I collect will hopefully help us to better understand the mechanisms behind Arctic climate change.

Can I justify all these trips? All were beneficial for me and my career, but they were also a source of high carbon emissions.

Do I need to fly?

It might be thought that the role of climate researchers is to be objective communicators, with a mission to dispassionately explain science5. We should provide policymakers with information, rather than urge people to behave in a certain way.

Academics are expected to act on the international stage, and in some ways travelling is viewed as a measure of success. Collaborations with institutes in other countries and frequent conference attendance look good on my CV, but it is irresponsible not to recognize the consequences of flying.

It is possible to avoid flying — however, it takes a lot more planning and time. Valeria Jana Schwanitz, a sustainable-energy and travel researcher at the Western Norway University of Applied Sciences in Bergen, has not travelled by air since 1995. Instead, she has taken the train to Japan and travelled to the United States by boat. And 16-year-old Swedish climate activist Greta Thunberg refuses to fly: she took the train to deliver a speech to the Extinction Rebellion climate protesters in London in April, for example. By skipping school to strike outside the Swedish parliament, Thunberg started a global movement for climate action and is now a nominee for the Nobel peace prize.

In order to maintain credibility in my role as a climate researcher, I evaluate the purpose of every trip I make, and try to lower my carbon footprint. In April, I travelled from Tromsø to Stockholm by bus and electric train to attend the 49th Arctic Workshop. It turned out to be a very productive journey, away from daily distractions and airport hassle.

I would be happy to do more trips like this, but for longer journeys it is not realistic for me as a PhD student with limited time and funding. But there are ways to cut down on my CO2 output while protecting my career.

What can researchers do?

One measure is to minimize the number of flights I take by planning my vacations so that they follow on from work trips that require long flights, and by visiting my family in Stockholm on stopovers on long-distance work trips. I am also trying to limit my air travel to trips outside Europe, and I am being more selective when deciding which travel opportunities to accept, prioritizing the ones directly related to my PhD project. These are not radical measures, but steps I can take without harming my career.

For all researchers, a good first step to reducing your carbon footprint is to simply visit fewer conferences. Instead of travelling to large conferences just to give a 10-minute presentation, perhaps it would be more fruitful to prioritize smaller meetings with the right community. There are also virtual solutions that don’t require travel. Online meetings might not promote the same one-to-one interaction opportunities, but they do require less time, are cheaper to attend and enable people in more isolated locations to avoid the need to travel.

When planning fieldwork in remote areas, researchers should arrange joint field campaigns, for example travelling together between localities by boat rather than using helicopters for separate campaigns. I also make use of previously collected data, and arrange for people to collect samples for me during planned trips, instead of travelling myself. 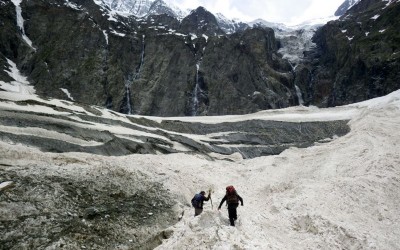 But it shouldn’t just be individual researchers making changes. In Denmark, 606 researchers signed an open letter, calling for Danish universities to reduce their climate impact. In Sweden, researchers are calling for universities and colleges to take action. So far, a letter asking universities to halve their own greenhouse-gas emissions within five years has attracted 864 signatures. Universities can promote change at an institutional level by helping researchers to make sustainable choices, for example by encouraging flight-free travel by offering financial support for additional costs and investing in technological solutions.

By sharing knowledge, everyone can make informed decisions, and by showing that we are concerned and adapting, we as climate scientists might influence others. I realize that my travel habits of the past 16 months are not sustainable and I am making changes to lower my carbon footprint in the future. I hope that more people will do the same. As the new generation of climate researchers, we have the chance to lead the transition to more-responsible travel.